Client Goals and Challenges
An early adopter of GPS-tracking and fleet management, Daynpe was more aware than most of the competitive advantages that intelligent management solutions are key to managing its fleet, to be consistently more efficient and provide a high-quality service. 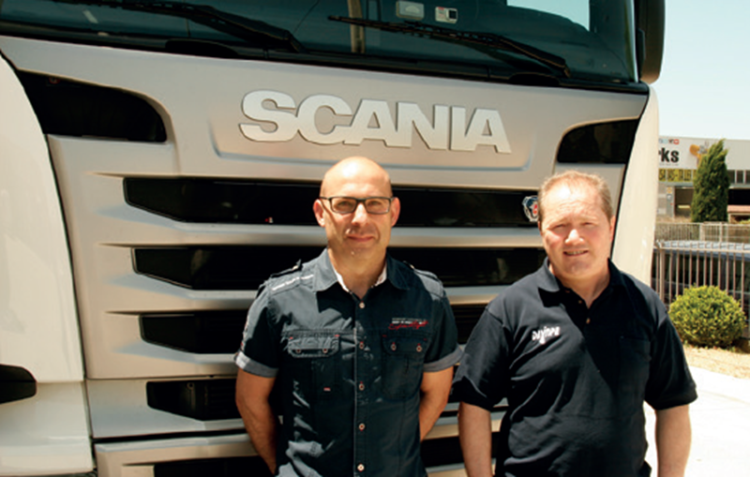 Previously Daynpe had tried several alternative fleet management solutions and found them disappointing, unintegrated, or fragmented. The company wanted to push ahead, with a reliable solution that could integrate with their own management system, one “that was 100% reliable as, comparatively, previous solutions we have worked with, didn’t allow GPS devices with total geographical coverage and had several pitfalls”, explains Mr. António González, Staff Director and Transit Manager at Daynpe Tranworld.

Another great advantage to Daynpe is Frotcom’s integration with Garmin dashboard navigators, which enables real-time delivery tracking, driver and task management, document exchange, and direct communication between the office and the drivers.

Mr. Juan Ortiz concluded that “[Frotcom] Helps us improve not only our fleet management, but also company operations overall. And if you look at it as a whole, the performance improvement we’ve seen with this toolset is very high, even though, at the moment, we’ve only tapped about 30% of its possible applications”.