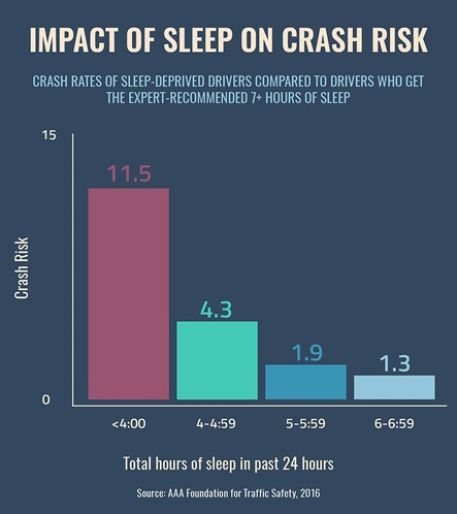 Previous research by the AAA Foundation for Traffic Safety has estimated as many as 7% of all crashes, 13% of crashes that result in hospital admission, and 21% of fatal crashes involve driver drowsiness.

However, the relationship between specific measures of sleep-deprivation and crash risk has not been quantified in the general driving population.