The European Parliament (EP) approved the revised rules on the Mobility Package to improve drivers' working conditions and end distortion of competition in the road transport sector. 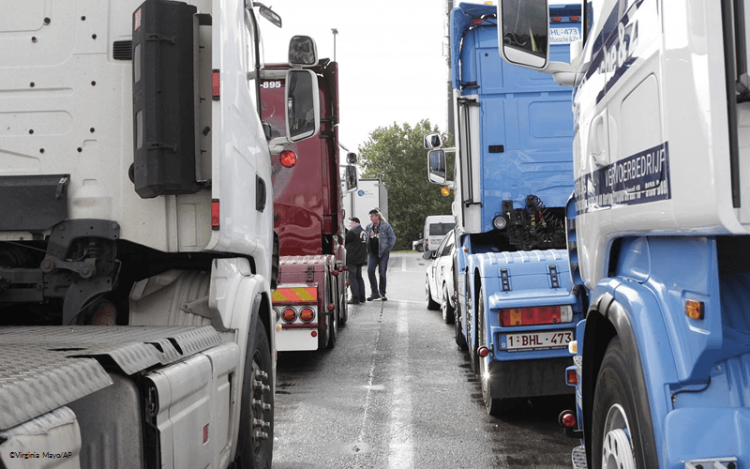 The mobility package has created significant tension in the European Union, dividing opinion into geographical lines. Some believe that the new rules will undermine the freedom to provide services and restrict access to the transport market for Eastern European companies, which are generally cheaper than their Western competitors. The Members of the European Parliament (MEP) leading this reform reject the claims, and they endorsed with no changes the three legal acts included in the European Commission’s Mobility Package, adopted by EU ministers in April 2020.

The three legal acts aim to improve drivers’ working conditions (including in particular in terms of driving times and rest periods), fairer competition and fighting illegal practices (including better enforcement of cabotage rules - transport of goods carried out by non-resident haulers temporarily in a host member state) and clear rules on posting of drivers to ensure equal pay in the road transport sector. The political agreement between the European Parliament (EP) and the European Council (EC) was reached in December 2019.

The adoption of the "mobility package" paves the way to:

Longer rest periods and regular intervals for international freight drivers to spend more time at home with family. The new rules on rest periods also require that the mandatory regular weekly rest cannot be taken in the truck cab. Companies must pay for accommodation costs if rest periods are taken away from home.

Use vehicle tachographs to register border crossing to tackle fraud and fictitious transport companies. The new rules will demand to fight the use of fictitious transport companies. Companies will have to demonstrate their activity in the member state where they are registered, by obligating trucks to return to the company’s operational center every eight weeks. In a way to prevent systematic cabotage, a cooling-off period will be implemented before more cabotage operations can be carried out within the same country and with the same vehicle.

A clear legal framework to prevent differing national approaches and ensure fair remuneration for drivers. With the approval of the legal acts, posting rules will apply to cabotage and international transport operations, excluding transit, bilateral operations and bilateral operations with two extra loadings or unloadings.

Regarding its application, the rules on rest times, including the return of drivers, already came into force 20 days after the publication of the act in the Official Journal of the EU on July 31, 2020. The rules on posting and returning of trucks will apply 18 months after the entry into force of the act, as well as the other changes to market access rules.