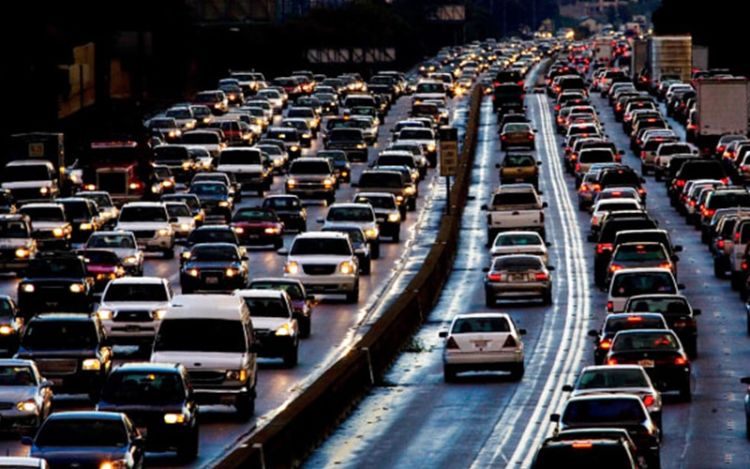 You can easily guess that the picture above was taken sometime before the new coronavirus forced most cities to some sort of lockdown. In fact, this study is about traffic as we knew it before COVID-19. And most probably the kind of traffic that will return once COVID-19 is gone. Unless that is, we all start rethinking our relationship with the planet…
Traffic data and analytics specialist INRIX Research released it’s 2019 Global Traffic Scorecard in March 2020. The Scorecard details annual rankings of the most congested cities across the world and an analysis of congestion and mobility trends for more than 900 cities across 43 countries worldwide and seven continents worldwide.

The Scorecard is the most in-depth congestion and mobility study of its kind, drawing upon three years of mobility data analysis within the world’s most congested cities and valuable mobility insights across transport modes and between cities.

New to the 2019 Scorecard, INRIX Research calculated trip times for both biking and public transport for the same routes from which vehicle delay is calculated. These calculations were used to determine the feasibility of driving alternatives for the most heavily trafficked commuting corridors in each city of study, providing travel time comparisons, and incident congestion impacts. Combined with drive-time maps and last-mile speeds, these advanced metrics provide a unique basis for cross-national commuting comparisons and analysis.

The American continent was shown to account for 11 of the most congested cities in the top 20. When ranking by hours lost in congestion, four of the top-10 cities are located in South America, three in Europe, and two in North America. Bogota (Colombia) was named the most congested city in the world, closely followed by Rio de Janeiro (Brazil), with drivers losing 191 hours and 190 hours, respectively per year in congestion.

In Europe, seven cities featured in the top-20 with Rome topping the chart as the most congested city (3rd in the world) at 166 hours. Paris followed this at 165 hours and London in third place (European ranking), where drivers spent an average of 146 hours in traffic jams. The data revealed that UK drivers lost 115 hours and £894 individually to congestion during 2019. The research shows the UK’s slowest city as a tie between London and Edinburgh, with the average speed of the final mile in both cities at just 10mph.   A positive for European cities is that most boast robust public transport networks and substantial biking and walking routes offering residents appealing alternatives to vehicles. The research illustrates that public transport and cycling are more competitive than driving in the world’s most congested cities.


The ten most congested cities:

Do you want to check your country? Try it at INRIX.
Post tags: