Are we on the break of a new industrial revolution?

The first revolution happened when the use of water and steam power along with mechanization created the first large factories in the late 18th century and first half of the 19th century. When you think of this revolution, James Watt’s steam engine usually comes to mind. 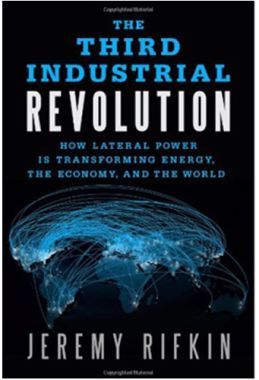 The second revolution was a phase of rapid industrialization in the final third of the 19th century and beginning of the 20th. It was mainly based on advancements in manufacturing and production technology. Think Ford’s Model T or Chaplin’s Modern Times.

Today, the nexus of IoT (Internet of Things), Cloud Computing, Open Source and 3D Printing is probably creating the conditions for a new industrial revolution, through collaboration. Jeremy Rifkin is probably one of the most prolific writers about this issue if you are interested.

In a nutshell, the premise is that it will soon be possible for small businesses and even private individuals – not only the big plants – to create sophisticated high quality and highly customizable products, at marginal costs. Mostly through collaboration of some sort.

Of course this can already be done today, but it’s the expected explosion of possibilities that we are about to witness that creates a true industrial revolution.

So what is the impact this will have on the transportation of goods?

If plants become much smaller and more automated, the need to delocalize them to regions of lower cost labor will decrease. Plants will become smaller and closer to consumers. Hence the number of big trucks, trains and cargo ships carrying products and parts back and forth around the world will decrease.

On the other side, short haul transportation and distribution will increase and be subject to new challenges. For instance, the number of locations from which to pick up products will increase, for sure.

So transportation companies will need to be prepared to plan and execute efficiently in a multiple plant environment.